The year I became a conference speaker (Part Two)

I recently wrote about how I came to be giving 3 conference talks, in 3 weeks, in 3 different states. This is the story of my first talk.

The Monday before I set off, I had a skype interview with one of the DDDAdelaide sponsors. We chatted about my upcoming speaking engagements, among other things, but something I particularly enjoyed was his reference to my "speaking tour of Australia" - which is a phrase I will now steal, thanks @encodetalent 😂 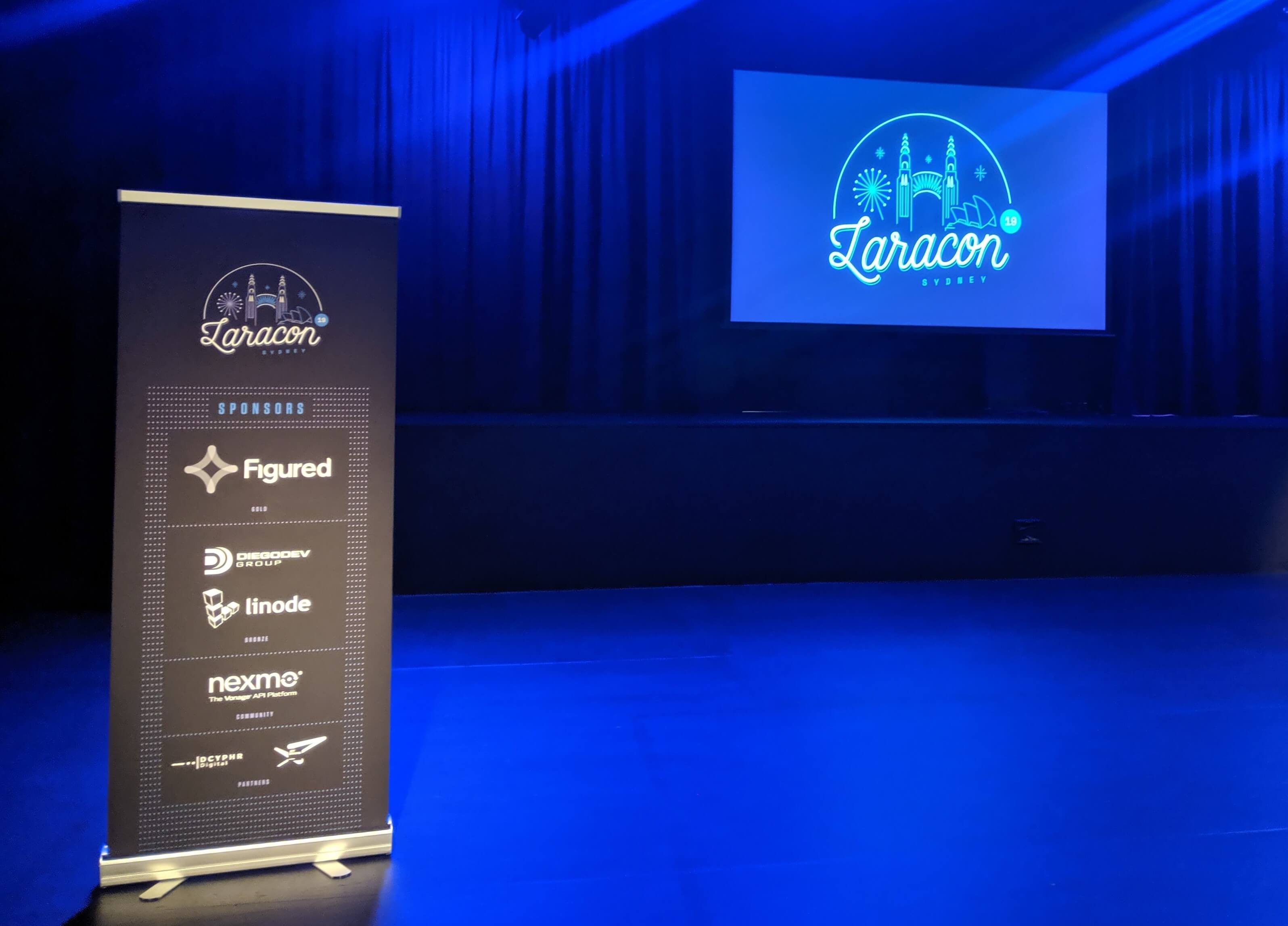 First stop, Sydney for LaraconAU. This was a fantastic event, and despite not being a PHP or Laravel developer, I had an overwhelmingly positive experience.

My talk was scheduled for early afternoon on the first day.

Speaker friends warned me I would be too nervous to eat lunch, so the lovely @Amys_Kapers (who was speaking an hour after me) made us both a wholesome, nutritious breakfast to keep us going until after our talks.

As it turns out, nerves don't affect my appetite 😄 so I ended up having a salad and gelato for lunch anyway, but it's always good to be prepared!

In the break before my speaking slot, the venue's AV person got me all set up with my microphone and battery pack. I was endlessly amused by the fact it was a Britney* mic, instead of a boring lapel mic.

*These are not really called Britney mics, but that is what they will forever be to me.

People were often asking me in the lead up to this moment if I was nervous - and honestly, I wasn't anywhere near as nervous as I was expecting to be. Maybe it was because I kept telling myself nerves are just excitement, or I was keeping myself distracted, but I felt pretty good.

As I waited backstage to be introduced, I did some power posing and slow controlled breathing. I have no idea if these things really help, but figured it couldn't hurt.

And then I was called up.

Pretty quickly all those nerves I had kept at bay rose to the surface.

But I knew I had practiced and was prepared - so I told myself "I got this" and started strong, despite my voice wavering a little.

Unfortunately, a couple minutes into my talk I realised....I didn't have my speaker notes.

Instead of using the projector as a separate display, it was mirroring my laptop - which instead of showing my speaker notes, was showing my slides.

I had to stop my presentation, change the display settings, apologise and explain to the audience what was happening, and restart again with my notes.

This (in hindsight, minor) hiccup completely threw me off balance.

My voice was now wavering intensly. My mouth felt like sandpaper. I just couldn't regain my original confidence.

When my talk was finished and I walked off stage, I did not feel good about my performance. (In fact, I think my exact words to the MC when he asked me how I felt about it, were "I'll just go out the back and puke now").

If you'd asked me at that moment if I was happy with how it, the answer would not have been yes.

But later that day, many attendees came up and congratulated me on a great talk and wanted to chat about my topic. And I started seeing tweets like this one:

@jessbudd4 Absolutely killed it. That’s you you deliver a tech conference talk! Scribbled notes like a maniac.

@jessbudd4 gave the what might be the most socially important talk of #LaraconAU. Information learned here will help me assist with student accessibility at @Sydney_Uni. Great job on your first talk Jess 🙏🏽👍🏽 @LaraconAU pic.twitter.com/FEJnJ9oQEP

Easily one of my favourite talks from the day

This positive feedback, combined with a few days distance, have me feeling pretty darn okay about my first conference talk now.

Thank you to everyone that came up and said nice things to me after my talk and everyone who posted on twitter. It really meant a lot to me ❤️

Shout out to the amazing job @michaeldyrynda and his team did on this conference and making the first time speakers feel welcome and valued.

Special thanks to the @fendersperth crew for cheering me on either in person, on twitter or in slack.

If you're interested, you can find my slides and other tweets I received here.

What have I learned?

Right now I'm prepping for and focusing on my next talk at Google Dev Fest in Melbourne this weekend.

Soon after I'll be off to Adelaide for the last leg of my speaking tour and the very first DDDAdelaide. (There's still a few tickets left!)

I'll let you know how those both go in the third and final installment!

Jess Budd is a front-end developer and web accessibility nerd. She helps run a meetup group for front-end devs, mentors women learning to code and has a love of technology and doggos.